Please see below a letter to the Secretary of State on the potential takeover of a Royal Mail Group.

The purpose of this LTB is to explain that the union has now written to the Secretary of State for BEIS seeking an urgent meeting and raising major concerns over a potential takeover bid of the Royal Mail Group by VESA Equity Investment Group.

We believe this may well explain the actions of the company over the last six months and their dishonesty was exposed in the media last week, when they were unable to give a straight answer to the questions being asked about this development.

We also believe that this this development will have a major bearing on our ability to resolve our current disputes and it is essential that company come clean on what is really going on in the background.

We have attached a copy of our letter to the Secretary of State and we are asking all Branches and representatives to circulate this to our members in every workplace.

Given the seriousness of the situation, we are also asking reps and members to raise the matter directly with your local and area managers, demanding answers to what has been happening.

It cannot be a coincidence that when we raised this with the Chair and CEO of the company in our letter of the 24th August – that less than 48 hours later – the Government and Royal Mail issued statements to the City of London confirming that the proposed bid was now subject to a national security investigation by the Government.

You will see from the content of the letter that the union is asking serious questions about the honesty, transparency and integrity of the Royal Mail Group, including the legitimacy of their actions and whether there are financial incentives involved.

We will also ensure that the letter is reissued tomorrow to the new Secretary of State for BEIS, once this is confirmed by the new Prime Minister.

We will advise you on further developments on this issue and any discussions with Royal Mail in due course.

In the meantime, please give the letter the widest possible circulation. 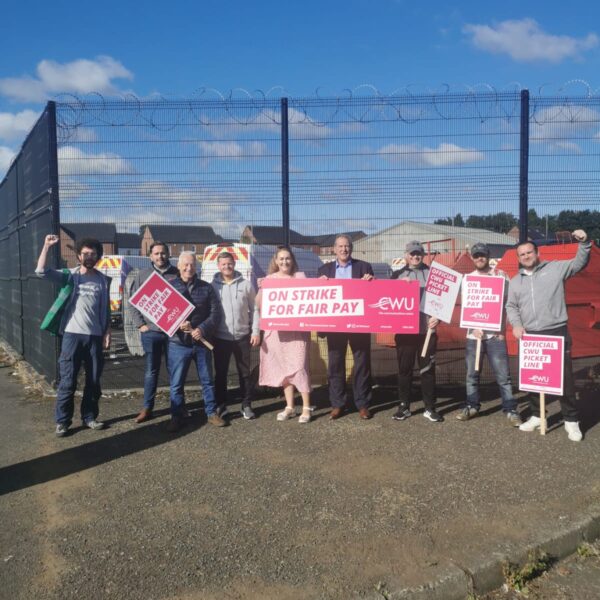 Budget 2021 and a New Deal for Workers