As you will now be aware BT Consumer’s has now announced that intends to close the service for customers and following consultation is applying an un-agreed grade of TM2 for Level 1 and TM3 low for level 2 to the role that we believe under values the role significantly.

In grading the role BT ignored agreed processes and procedures. Also unlike the CWU National Team did not even speak to members in assessing the role.

As Members will be aware the CWU has been fighting on your behalf for over nine years to get the company to grade the role within Tech Experts as we know the skill levels required to carry out the role.

In 2010 when members moved in from Sitel BT failed to grade the role in line with agreed processes and following pressure from the CWU applied the B1CC grade without even assessing of the role.

However, following a grading assessment that finally took place later in 2014 BT decided to review the operating model for the product, and not to share their assessment with the CWU.  This review resulted in a decision to discontinue the product over the next 12 months and BT then said it was considering transferring the staff out of BT.

Following discussion with the union BT eventually confirmed that the jobs would be remaining in BT. However, with the ending of the product BT said it would not address the grading review, though it will consider making cover payments for the Tier 2 roles.

In response to our representations about how unfairly our members had been treated senior management in BT Consumer agreed to pay all those in the Tech Experts teams £350.

We fundamentally disagree that there are two roles to be assessed. The way that you operate is that you all deal with all types of enquiries no matter what level and you also work together to solve problems. Hand offs are only normally undertaken if the enquiry in question was going to take a very long time. So the transfer is due to handling time issues and not down to skills or knowledge or customer impact.

BT is ignoring the fact that the so called normal calls that come in from Tech are often calls that TM2s are unable to resolve and are essentially an escalation.

BT has failed to look at internal comparisons in line with the proper process. As I have noted the Tech Expert function dates back to a TUPE from Sitel. Following the TUPE some staff were moved into Enterprise and some into Consumer. The obvious comparison would be to look at the Enterprise work where there is an agreed assessment in place. This has not happened despite repeated requests.

Even if we did accept that there was a lower level role – which we don’t – it is clear that BT has not even properly compared the Tech Experts with other roles agreed in Consumer. BT is effectively equating Tech Experts with standard TM2s. This is despite the fact that when other members have joined the Tech Experts many have struggled and have not been able to remain in role due to the high levels of technical skill. The idea that time to competency is six weeks is laughable. Even looking at the job in the most cursory way shows that the skill and knowledge levels of Tech Experts is at a much higher level than other TM2s in service.  Suggesting otherwise makes a mockery of the whole grading process and shows that the process has not been followed properly.

In addition in the BT Consumer assessment expertise and IT literacy were marked lower than a basic TM2 Tech advisor.  This makes a mockery of the company assessment as the basic Tech advisor as noted escalates their calls to the Tech Experts and their role requires a significantly higher knowledge of IT knowledge based on the product you support.

The fact that this whole grading issue has now dragged on for so long despite repeated promises by BT to grade the roles by specific dates, I am sure you share our anger at the continued failure of BT to recognise your skill.

Whilst we accept that products and services change within BT if the correct grading process had been followed and the promises BT gave honoured, we believe you would have had and retained the grade that recognises your skills.

This is yet another clear illustration that BT is not operating the grading process correctly in attempt to undervalue roles and rest assured the CWU will continue to oppose and fight this.

The CWU has now launched a Campaign called #CountMeIn as there has been a series of bleak announcements from BT since the Covid outbreak. Attacks on redundancy terms; compulsory redundancy in Enterprise; unagreed TM1 grading in Connections; cuts to salary and allowances for all new hires in Consumer; cuts in offline work in Tech and Billing. On top of that there is the so called Better Workplace Programme which is designed to close sites.

If you want to get more involved in our campaigns or need assistance, please contact your local rep or Branch. If you don’t know which Branch you are in you can find out viawww.cwu.org/contact-us.

If any of your friends or colleagues are not members of the CWU please encourage them to join us atwww.cwu.org/join-us/join-online 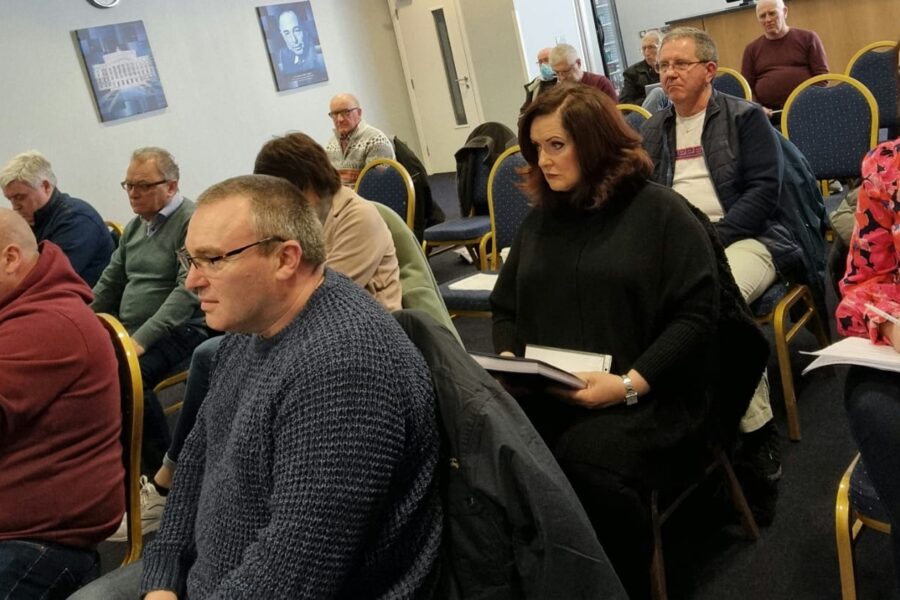